We use cookies to make your experience better. To comply with the new e-Privacy directive, we need to ask for your consent to set the cookies. Learn more.

Movie Review: The last Jedi ; the next step to open up to the next Generation in the Star Wars Saga (no spoilers) 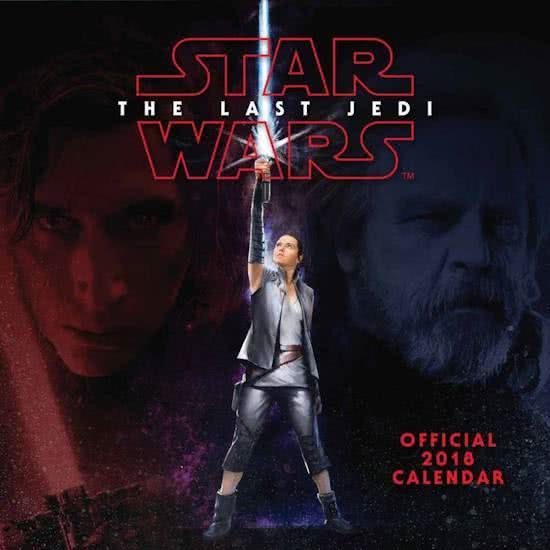 So I went to see the Next Episode of Star Wars, the last Jedi. A very remarkable movie I was torn at the end to form an opinion about it. It had some great pointers and some less memorable things. Most of all it is unclear what will happen next and how the movie will go on.

What I missed was a new creative character that gets a prominent role throughout the movie and stays in your mind afterwards. The creature that you want to buy merchandise of. I felt it was more a recapitulation of everybody that has appeared in the earlier episodes and less of an introduction to a new character or alliance like there usually is always at least one. There were some new creatures that appeared that were very nice and cute but they did not quite cut it compared to the creatures that appeared in the Episodes before like Ewok, Jarjar, Bobba Fett, Jabba the Hutt, Maz Kanata, etc

I had expected more on the matter Rey finding Luke Skywalker and becoming a Jedi with his guidance. I found it shortened compared to what we saw in the earlier episodes when others were trained by Yoda, Darth Vader and Obi-Wan. Also I found that the beginning of the movie was very slow, it took a long time for the story to come into action.

There were some unclear scenes between Rey and Kylo Ren that stayed unexplained and were a little strange if you ask me. There was no explanation whatso ever about their connection. I am being vague about this to prevent a spoiler, when you watch the movie you will know what I mean.

One of the great points was again the appearance of commander Phasma in this Episode this created some very sweet scenes. I found the main characters Kylo Ren, Rey and Finn much stronger and believable in this Episode then in Episode VII. There was some great acting work here. I saw true hate, anger, compassion,  the strong will, struggle and more Star Wars ingredients that make the ideal fighters of The Force come to live.

The story line was also great and full of surprising plots and turns in the story that I did not see coming.  I found that very impressing seen as this is already Episode VIII and they walk the path to a new story line of the Saga going to unknown territories for the fans. Nevertheless they managed (in my opinion) to maintain the pattern of the ambiance of the Saga and distract us to an extended version in which the new stays in line with the familiar. The battle and light-saber fights in this Episode were extremely cool to watch exactly in line with what we are used to seeing in this Saga, but with next level features and moves. I loved the part of Luke Skywalker, he played a very surprising role in this movie different from what we are used to see. You can get that he has matured in the Force.

And last but not least princes Leia that brought her charisma to the screen setting the nostalgia of the early episodes with her calm and strength throughout the movie.

So I am missing some pointers, getting some of the same and pulling some extra’s out of it. Maybe the new movies are not quite the same as the old anymore. But they are  taking us step by step to a new chapter/level of the Saga on unfamiliar turf. Setting up an extension of the old, guiding us carefully to a new story to come. And maybe, just maybe.. This is the reason why it is so hard to form an opinion about it. Maybe the confusion is just a next step into the process getting to appreciate the new line in the Saga. The Next Generation in Star Wars has begun.

Can’t wait to see what will happen next, no idea what it can be. But before the IX Episode in 2019 we will be able to enjoy a Han Solo story this year around may about the time before he joined the Rebellion and became the Han Solo everybody knows and loves.

← Previous Next →
Related Products
Categories
Recent Posts
Singers that can act out!
What movie should we watch next during Christmas Holidays?
Movie Review: The last Jedi ; the next step to open up to the next Generation in the Star Wars Saga (no spoilers)
MInimum Order Amount is € 24.99
Being a number 1 of a million number ones
Archive
December 2017
October 2017
September 2017
Tags
toy competition musicians public holidays movie review